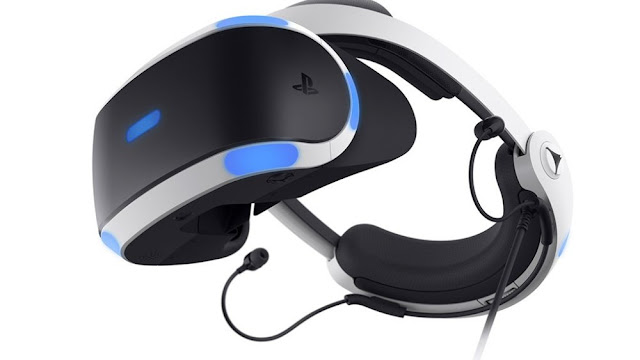 Long before, around 5 years ago, I've learn about Project Morpheus by Sony. It's about virtual reality project. Since the news broke out, many other parties also pursuing the virtual reality idea. Thus Oculus Rift was born. After that, Playstation Virtual Reality (PSVR) also was launched.

I bring along my wife to get a taste for this technology. She is not really interested, but I was overwhelmed with it. So, I waited for almost a year to gather some funds to buy it. Yes, I managed to buy it even it was quite expensive earlier during its release time.

I really enjoyed the experience. But the adoption rate, I believe, quite low among the Playstation owners. It is not widely use in here, Malaysia. So our community is relatively small and the availability of the VR games is low. But somehow, we can buy it digitally from the PS store.

But, I must accept I'm grown man now. With family, with my wife and two kids. Soon, going to be three kids, InsyaAllah. Even though I'm a gamers, but my situation now makes me unable to enjoy the gaming scene, especially VR.

Compared to conventional gaming style where we just hold the controller and stare at screen, we can be interrupted during the gaming session. But as for VR, our eyes were closed with the head gear, our ears were attached with earphone and our hands holding move controllers, in other words, we are detached with real world. So the only time I'm able to play it is when my family went to sleep already. But even then, I feel uneasy as I feel disconnected entirely with the real world. It feels like I just leave my family while I'm away enjoying something outside. I always in worry if in case any emergency or urgency from my wife, but I didn't realize as all my sense were blocked by the VR.

I really feel bad. So, that's why my VR gear is now collecting dust. But I feel envy looking at Facebook group of VR sharing the Astrobot Rescue that has just been released yesterday. It's the first game I've tried for the VR (basically it was a free demo titled Playroom VR, but was made as a full game since then due to overwhelming response and reaction to the demo).

Well, some people may be able to enjoy it. I, maybe need to keep it for maybe around 2 or 3 years before I can fully use it again. Hopefully the condition is still good and not broken when the time arrives.

Till then, just move on with the life and hold the responsibilities tight.

Aderi Aryasu
-TK-, KL, Malaysia
Well, I don't know either. And I don't know what to say either. You may judge. It depends on you.

Have a sit, Please